Can we mask the elephant too?

Rangarajan, Mahesh had my admiration when he with exceptional calm would strive through disparate data and detail on politics around election news. His grip on constituency peculiarities morphed into the tenacious hold caste, community and suffrage had on India. His masterly poise had a problem as far as I was concerned decades ago. It would be difficult to discern whence he emerged and where he would disappear into. Last evening, seeing him in the flesh at Mother Tekla auditorium was a gift from the multi-faceted Giri of the Azim Premji University. Of course, the diligent contact Sudheesh Venkatesh, Chief People Officer of the Azim Premji Foundation has with fellow professionals helps make known the Public Lecture Series from the university in Bangalore.

Mahesh had transformed into being a scholar of environmental history. Giri met him at a panel just weeks before in 2018 itself, when the intent to invite Mahesh became firm. Mahesh is now a consummate connector of dots, perhaps enjoying the possibilities of hope, rather than wallowing in the throes of despair on our environmental horizons. And that to me was the wonder with which I left the forum yesterday. As Dean of academic affairs for the Asoka University, his students are likely to extend beyond the rolls of the institution now. There are dots I found connecting for myself as a consequence of the stimulating flow of facts from Mahesh.  The levity with which Mahesh unfolded global ecological imprints across timelines, made me wonder if at some point, he was mere consumer of the more delightful datum in its form, than the activist conscience-keeper given the intensity, nay adverse severity of man’s relationship with nature. The talk was aptly labelled as “At Nature’s Edge – History and the Ecological Present”.

So, let me briefly state the points around the dots of my experience.

1.       Daniel Goleman in his book Ecological Intelligence (the less popular of his books on Intelligence), had mapped for us that only collectively could we reverse the damage we have inflicted on our environment. Our hardwired brains cannot quickly fathom how our olfactory senses, our visual perceptors and the like could have given us pre-historic advantages, but its only our neocortex that can engage with requisite reasoning to confront the challenges of our environment.

2.       Harari, Yuval, also a historian, presages the wheat crop as being more robust than the complex human in its inheritance of the planet.
Counter-intuitive and brilliant, his inductive reasoning into the future, as in books like Homo Deux can ring alarms on the reasoning we posses in our times. We are going to be socially challenged.

3.       Walter Mischel, who died last week had shown us through his marshmallow experiment, that those taken in by instant gratification are less likely to be resilient into purposeful futures. 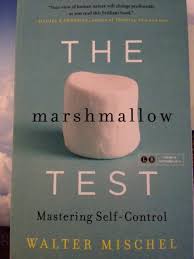 Social Psychology is no pushover, and irrespective of cultural nuances, the capacity to collectively defer consumerist trends that threaten our environment needs to survive beyond the radical transparency required of an ecologically sensitive world.

4.       Chindia Rising was a book that the master of management thinking Jagdish Sheth had brought on barely after another brilliant offering on human fallibilities. His book on the self-destructive habits of good companies contain tell-tale signs of hubris and compulsive gratifications that leaders in firms succumb to in the absence of sentient organization design.
The Chindia Rising book outlined forward looking dangers to world economies, and how both China and India face a common challenge in the environment. Mahesh Rangarajan deftly passed a profundity in governance priorities when he asked the audience to indulge in proximate enquiry on the internet, regarding China’s engagement with the environment. He divulged the name of a book critically acclaimed the world over.

Don’t cry Tai Lake is the hint. The plot is contextualized with the tease of mystery and sombre realism. Excerpted from the Washington Post here “Don’t Cry, Tai Lake” begins when Zhao declines a vacation at the Wuxi Cadre Recreation Center, a luxury resort for senior party officials, and sends Chen in his place. The resort is not far from Shanghai and overlooks the huge, once gorgeous Tai Lake. Now the lake is ringed by factories and severely polluted by toxic wastes. That fact, denied by the party faithful and regretted by Chen and a few environmentalists, is the crux of the novel — and Tai Lake is the author’s symbol of the widespread pollution throughout China.”. Qiu Xiaolong the author lives in Missouri, USA. Wikipedia states of him ”All his books feature Chief Inspector Chen Cao, a poetry-quoting cop with integrity, and his sidekick Detective Yu. But the main concern in the books is modern China itself. Each book features quotes from ancient and modern poets, Confucius, insights into Chinese cuisine, architecture, history, politics, herbology and philosophy as well as criminal procedure”.


5.       The teleological view to change is also to trace the evolution of Purpose hierarchies that human beings held across historical context.
Earlier eras afforded more direct connect with nature. E.g. Royal tastes for species like the Elephant are typical of South and South East Asia, and thus its survival as a species is geographically peculiar. In China however, as Mahesh revealed, elephants were vanquished to make way for rice-fields, with the animal often eaten than reared. Purpose being embodied with intent, man’s relationship with nature is complexly intertwined with man’s reasoning of social organization. Oversimplified association with roles and entitlements may deter the cause of the planet itself. On the other hand, perceptive acuity and courageous leadership could redeem co-evolutionary existence. As how President Kennedy arrested his sway on his rocking chair to listen to Arthur Schlesinger on how nuclear weapons meant that every living being had rare elements in the body, including the President’s children playing on the White House lawns. Nuclear disarmament since then is a matter of conscience, save the purpose to which our species will collectively organize. Historically though, it is only colonization that took the tomato, the potato and such from one continent to another. Similarly trees not native to its host location can trace human agents. Bengaluru, for example, has also seen a change in the flora it hosts across centuries, thanks to human intervention.

6.       Agency and Intervention are often seen as opposite poles, when in fact, they need not be. Misplaced dialectics may imply that a synthesis between advocating for ecological sensitivity and intervening in the ecology is in the offing.
While advocates of confrontational activism may argue for development over green determinism, advocates of green conservation may be seen as status quo pacifists or as obstructions to progress itself. Collective action between academics, citizen groups and government leadership require more complex coordination for sure. Whether we evolve hereon or not is as much in question as in a ‘when’ question, as much as in an ‘if’ question of if we choose to evolve at all.

All said and done, less than two hundred people graced the occasion, in Bangalore, despite advance communication and consistent reminding. Not an easy choice for many. Truth has fewer alternatives in this respect.

Posted by Joseph George A at 7:42 PM No comments: