The winter air toughens as the vesper bells chime,
The bugle stirs a hornet’s ruse in disguise,
The minaret forecloses corpses in the clime
A subcontinent yelping as if justice is about to rise.
The sinners and the losers united in defeat,
Chose not this season of retreat,
But the rants and the chants of militant gangs chill,
The hope of any tiger on any hill.
A mute spectator bends head under her scarf as she quivers,
Of no winter as this she recalls,
In digital finesse, her masters promise the union of rivers
Alas, only tears upon her sullen cheeks would fall.
The masculine will of a fantasy unborn,
Meets dismay despite the force of his horn;
Critics still give the mood its many names,
Arrogance, contempt, overbearing a fleeting fame.
The winter air condenses a scent with harnesses
To count a flock that must fear the game,
Neither the scholar, artiste or author buttresses
The spark that the potent air will enflame.
The summer must melt the overoptimism
That this season was quick to mature
The thoughtless addiction sits in the chasm
That many suns and moons have endured.
The priest and the guru of peaceful sojourn
Detour to a place of no return
Where love harbors refugees from religious strictures
That no race, no tongue nor blood or gender can yet picture.

Posted by Joseph George A at 11:45 PM No comments:

On an early morning sky, an elderly adult of 65 was pacing his available place on a cool morning near his ancestral home. He was holidaying among known relatives, taking a break from the Big Apple where his permanent residence is. Looking toward the two steady lights of the sky between clouds of rain and mist, he exclaimed that the two stars had been his companion of the mornings he was on tour. When I mentioned the redness of a planet that looked silvery through the atmosphere, he was all ears. Recognising that they were the planets Venus and Mars or Jupiter, he seemed dwarfed in time and space to acknowledge the need for a telescopic confirmation. In about the early 1980s, when he migrated, it was not an easy decision to meet with an alien culture, where his daughter now teaches math for a living, and his son is on the brink of a doctoral publication in neuroscience. Saged through experiences, he had the discernment to appreciate that it was a tad late to buy his first smartphone, as he expanded his source of information and was more knowledgeable on matters since his first purchase.

It was in 1989 or so, that I had read in a French publication – (le nouvel observatuer or the L’Express Internationale – I do not remember which) of a caption that featured India’s crossroads in time. It was a colour picture of a bovine on an Indian road. “une vache sacrée a la rue” tried to capture India’s contradictions at a time, when the liberalisation of the automobile sector was on the anvil. Today, two and a half decades later, the smartphone indeed has ruled and the automobile has displaced the bullock cart in most places. Why go far? The home care-taker of the resort I was at in Allepey, whose business is younger than the liberalisation of the Indian economy, says that none row their boats with effort now along the Manimala or the Pamba rivers, leave alone the Vembanad lake. All prefer the Japanese motor-powered boat. His attendant adds quickly, none know hunger here anymore.

This week, the Newsweek’s issue carries the burden of the Indian zeitgeist in similar language as the French press. “The French” our attendant proffered, “prefer blander food preparations, even if it is meat; than the British and the American tourists”. The experience of being on the ground was shining forth in just a decade and a half of such flourishing house-boat and holiday home business in Kerala. The holiday-home owner was more forthright in his assessment though. He wondered why the fuss when even the lower castes with whom local politicians were playing coy; would return to sanity after their tempting differentiation in identity. He was certain that they would be side-lined by the higher castes in communal politics. At the crossroads at which India is today, caste is still a potent killer within India, than cow slaughter is. Social psychology still knows no better wisdom of in-group and out-group phenomena, in that the French observed of India in 1989, as clearly and as early as did the Newsweek did of India’s social contradictions in 2015.

Evolutionary biology, history and even philosophy are enriched in interdisciplinary contributions than are religion and politics of everyday living in the age of the hand-held mobile smartphone. Learning at a societal scale is not only mediated through technology and access to information, it is also restricted by inept social learning; like, falling on naked eyes to ‘know’ the planet from the star; when more contemporary lens are available. Bias and overlearning part, activity – and almost any variety - is considered a strategy for life. So popularity is weighed against social media rankings, and political achievements through material manifestations – even at the cost of the earth and the air on its surface. Activity inhibition is considered as sloth, and not as a possibility for inner reflection and contemplative meaningfulness. So hours are lost as minutes are kept; and the fear of not doing anything has the whirr of the modern boat scare away fish and tear away livelihoods impacted by nature’s plunderers. Seldom has the radical nature of groups been so incendiary in grabbing our attention.

In populous India, the smartphone presents both opportunity and challenge. Rabble-rousers speeden the reach of their dogma faster than the citizens’ capacity to develop their innate intelligence and express themselves in independent critique based on emerging truths that science methodically uncovers for us. Else, may the farce be with you, and the mercy of a timeless zone rescue us from ourselves. Until then, am hoping to embrace the effervescence of formless circumstances!
Posted by Joseph George A at 5:37 PM No comments:

What CLO prototype do you engage with? 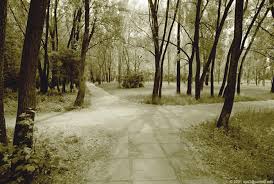 Recently, a good friend played a song from his pocket device. It was Crossroads by Don Mclean. And while the context was from a different calling, the river of thought runs deep with what I share here. I have been student of many a professional tendencies. One among them has to do with types of orientations in employee development that organisations foster or acquire. For a while now, I have been wondering whether the role of the Chief Learning Officer (CLO) is at a crossroad.  This is because, hard choices lie ahead, that without reflection will weaken the sinew of human essence and project onto social institutions the refuse of our ethical, moral and social worlds. Else, the mutation of this species is not only at hand, it is one that if left unmanaged, will affect the destiny of our generic species – homo sapiens itself. So what are the tendencies I have come across in CLOs that make for this crossroads. 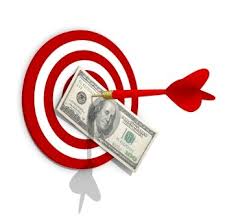 1.       The Certainty Dispenser : Such has been the stranglehold of performance monitored materialistic reward of salary and raises, that the distinction between output and outcomes are hardly an issue for this CLO. She must have an action every minute, and each action must realise a benefit that measures up on a desired dashboard. So, every bit (well almost) of a workshop schedule, a development plan and such need to have specific predicates on paper. If you are not sure of meeting this CLO’s  high need for certainty, tread carefully into this client context. 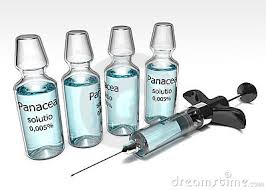 2.       The Panacea Lab : I could well have recalled old comedian Johnnie Walker act that composition rendered by Rafi on this theme. Having the panacea for all maladies is what some CLOs posture with inscrutable fallibility and unassailable flourish. Like the half-knowledge of the freshly formulated medical representative, this CLO vends from the same generic drug with labels appropriate to the learners or their sponsors. The learner taught against his will, will be of the same opinion still, is it not? Yet the silver bullet fantasy pervades our gullible minds. 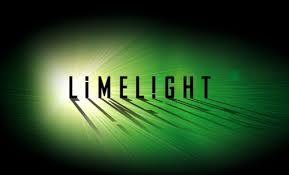 3.       The Attention Seeker : No  matter what the cause, every occasion to sieve learning content or process is an opportunity to project one’s persona. Cutting the ribbons, lighting the lamp, or even introducing the guest speaker of the day are paths to the lights on his stage. It does not matter how much or how little he identifies with the pains of the learner, the needs of the self are in unadulterated glory in one’s own image.  In fallacious extension of the adage that the medium is the message, this CLO garnishes social media presence, as if learners appetites are puny sized or restricted to a hundred odd digital characters. 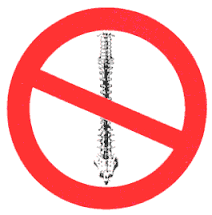 4.       The Spineless Survivor :  Don’t take me for a vertebrate yet. But, when survival precedes service, the CLO billows like the unwavering vapour above a fleeting flash of light. This CLO is the escort to the fad of the day. Unable to reach into one’s own internal core, in unanchored sway this CLO is a projection of insecurity despite the mistaken belief of being avant garde – with push-button learning package content, oversimplified caricatures of phenomena and a clueless followership of virtual connect. Alter-egos of opportunist business leaders match the motives of the willing CLO’s chameleon characteristics. 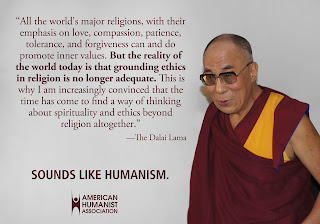 5.       The Authentic Humanist : This CLO is an embodiment of human potential - empathetic, generous, dutifully forthright and willing through gracious vulnerability to laugh at one’s own fallacious self. Irrespective of efficacy on technology platforms, she nourishes the deeper needs of developing adults, in rapt listening and pretenceless giving of one’s time to others. This is the core of developmental stuff, hard and essential in process, and soft and caressing in character. With immense human capital following, this CLO may at times be even taken for granted, but is willing to learn through tempest and an ever enlarging statesmanship.

It is but a corollary, that we do not want to lose the authentic humanist in us. Only if we could absorb it in the physical presence of such a CLO! Not that the other prototypes are without benefit; but, it is the behavior and experience we are affected by and even involuntarily recall. The scarcer this sub-species, the dearer the crossroads on which this profession stands. Which CLO’s impact do you recall more fondly? What can you do more of or better to nourish the CLO you need? Do let me know if we can meet at this crossing!
Posted by Joseph George A at 9:01 PM No comments: