December has often given me reflective time. Last night, as we stood to mark the birth of Christ outside an overcrowded church, it would have looked like devotion spilled over. The year that has gone by presented scenes that would mimic mass movements – or tend towards one – Morrocco, Libya, Egypt and Syria are graphic reminders. The scenes and visuals on media these days would look like anti-corruption crusaders have billowed from sparks of angry protest. What are people in search of? Can they find it together?

The song Kolaveri di has a followership in subtlety in India, where as eminent psychoanalyst Sudhir Kakar put through long ago – there’s a mighty projection through collective cooperation. We Indians foist upon singular entities a power that makes them do things we would not dare to do ourselves. The series of Occupy Protests in USA are a departure from consumerist numbness there. These eclipse the birth of a new country in South Sudan, altogether.  Economic machinations of the West, Europe and war-torn nations hold up a fragile situation on the other hand. The pressure on civil society to find new answers or rediscover old ones is increasing. 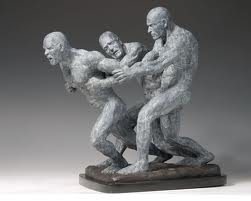 So here is the insight. The scientific approach has led to a belief that humans are at the centre of the universe and he/she can conquer and control the universe. Rapid material progress and reckless consumption have created an alienation and emptiness within.  The means to assert individual will have also made it a complex and a futile journey for many. The wherewithal for the present and the future include a self-leadership and a personal journey.
Manmade and natural calamities challenge us. However, in recent decades there is an awakening unfolding that humans are part of a larger Whole. More and more people have begun a search for meaning and purpose. The quest for meaning and purpose is inescapably an inward journey. Through constant awareness, the discerning seeker comes across a reservoir of  inner potential. In the course of the inward journey the traveller discovers new dimensions of human and universal existence. 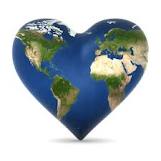 Such a discovery process awakens spiritual intelligence in the voyager with a sensibility infused with warrior like qualities. These warrior like qualities enable the leader to go over the edge to venture out into the unknown. New frontiers open up new perspectives to face the challenges, tempered by compassion.


The future for human civilization is a shift towards the cosmos as a whole. This approach brings about a balance between we humans and our environment. Our corporations, communities, cultures and science will learn a new way of living and relating. The new way of living, leading and relating can pave the way for a mindful future that may enable sustainable life.

Posted by Joseph George A at 5:38 PM No comments:

I've had some fascinating moments exploring the aspects of a Spiritual Intelligence conceptualization, thanks to the sharing from George Kunnath. Like a babe on the shores this vast ocean of awakening waiting to be known, I wade through a water that ensnares, endangers and yet comforts. Non-rational at it's core, it is a force from which we may have arrived in material form, and yet, our forms of knowing inadequate to explain phenomena we experience in this respect.

Here's a glimpse of that exploration. Posted here for your reflections and comments please.


The Material and the Spiritual