Some Self-Management Lessons in my Generation

Recently, I got a call – out of the blue, “Joseph, I want a conversation, when can I call you?” It was a request for a longer conversation time with someone I knew for over 25 years. This college classmate was looking for some friendly advice on next steps in her career. She was not exactly directionless, nor was she without ambition. She was dexterously managing work-life balance as they say from a very gender-specific perspective. Just listening to her was impressive. She keeps her passion for a stamp on career even as she rears two children, and tends to her ageing parents in another city. 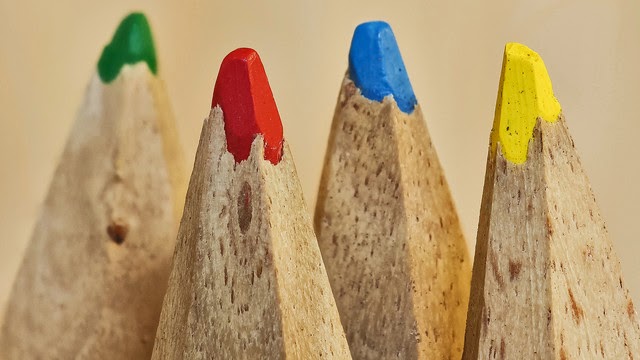 A day job at an organisation for over a decade, and yet, the search for near ultimate expression of a more accomplished capability was calling her. In the mid-40s, such a calling is often planning for the real life, after apprenticeship with the world’s ways. What she wanted was information on zoning in to home base – the launch-pad for career expression in contemporary India! It took me a while, and this event triggered a flashback into several of my classmates lives. What may they have been thinking around now? Such could be active imagination for the most part. But when it came to – there was a more essential reflection for me. I lay it out as below.
1.       Those who were academically frontrunners in the rat-race are not keeping up as much in social-media terms. They are either stuck in their clock rhythms of meritorious achievement in professional circuits or are being numbed by emerging trends for which no school prepared them.
2.       Meritorious rank-holders do not figure in the social ladder as much, irrespective of gender or profession. A few stalwarts senior to me in school have notched up positions of repute in the Big 5 consulting firms.
3.       A batch junior to me from school is more worldly connected with causes that partake of their near-anonymous generosity in education and employment generation in rural India. Few social networks break away from the occasional loafing from nuclear family to creating a worldwide community of elevated purpose.

4.       Bachelors got lonelier by their mid-40s not knowing whether their choices were worth their youthly bravado against the opposite sex.
5.       Substance abuse like alcohol and cigarettes were more likely if the conjugal bond were under strain for a while; and the habit kicked in in the early 20s itself.
6.       Divorces were more among the marriages which were consummated in the early 20s of life.
7.       The entrepreneurial among my classmates seem more emotionally mature too. Responsibility, self-dependence, and requisite networking are fair words of description. They are outwardly modest, humble and make for role models for me too.
SIMON SINEK ON PURPOSE or the WHY of LIFE

8.       Classmates, whose parents had marital discomfort, have chronic issues in understanding themselves. They struggle to be free from parental tensions even late in adult life, and are lonelier than they may admit to the few they are in touch with.
9.       Classmates, who married early, tend to have more marital discord and career adjustments to make than those who married later. Having integrated merely in the shallow regions of either gender, the journey to the deep end of the opposite gender is a lifetime in the making. The humility and honesty to self-reflect eludes those who set themselves up in teen-age romantic imaginations. Their facades are apparent to me as they project their anxieties and unmet aspirations through their children.
10.   Female Classmates who married early include a minority whose male spouses dominate their choices so blatantly, that they unconsciously introject the unreasonable male aggression as part of their persona. This has robbed us of their original grace and beauty of character. Their children suffer from low self-esteem and side with their ill-supported and hapless mothers. Their male spouses fantasise dominance and face scant censure or correction from family or therapy.
11.   Those who were academically dull, are also doing well at life, some of them thriving better than the most brilliant in class. They seem to be more complete in their equipment for a fuller life than the academically forward ones.
12.   Like in most analyses, there are outliers and outliers. One such lives a relatively hermit life, growing organic produce on agricultural land, without a care for material oomph or prestige symbols of the rat-race he fell out of.  To me he is a stoic reminder of human grit. And choice!

TONY D'MELLO ON De-addiction from DEPENDENCE

A school Principal who passed away earlier this year once told me “Life without ideals impoverishes practice. It robs you of meaning in life”. As products of our time, I reflect and realize that most of my generation wound their time-clocks to the reductionary ideals of a job. Irrespective of how high-paying a job was, few have struck a life of purpose, beyond the contours of a job.
However, I must admit hearing from CEO classmates of an itch that tells them that something is missing. One of them came close to calling it quits, but hangs on not as much for dear life, as much as for certitude that his family may want. Pushing beyond that point has been a challenge for most in my generation, and time leaves its imprint on us in cohorts as it were.
As I write this, I also admit to a realisation that generations that succeeded us strike their Purpose questions in their mid-30s. Whether this has meant more stress and strain of coping or the early arrival of life’s opportunities is unclear to me. Has the Purpose question hit you deep? Taking a leaf from Master John Scherer, I ask as below :
1.       What inside you calls out to be expressed into the world?
2.       What in you must be manifest in whatever work you do?
3.       What would you be willing to do, even if you did not get paid for it?
4.       What does your being alive and on earth make possible?
5.       What do you feel? Does it not score over what you think?

To my classmates, a special mention –

What will you let go of, that you will open up to yourself now?

Posted by Joseph George A at 5:41 PM No comments: