More than 20 years ago, I found fancy with a line of curiosity. It was this. What do entrepreneurs do to make their firms ‘professional’? If we had answers to this question, we would know what new entrepreneurs could do to scale businesses, grow revenues and provide employment to India’s teeming millions.
I was amply warned. “You’re going after a tough problem”, said my research guide. College friends and scholars said “entrepreneurs don’t give that time for us researchers in real life”. Suffice it to say, I persisted. I came close to the phenomenon of my original question. I was fortunate to present the linkage between Entrepreneurial Orientation and Learning styles at the Entrepreneurship Development Institute of India. Prof. Dwijendra Tripathi’s words for me were very encouraging. He announced at the panel, that my research was at once ‘exploratory’ and ‘intuitive’ in design. But that is another story.

Let me first say I am glad I at least tried with the resources I had to meet with Dr. Verghese Kurien, whose memory today is commemorated as National Milk Day in India. On one of my trips to Village Bhat, I took a detour to Anand, where my mother’s cousin and her husband had served for years in social service and community health. Their local knowledge helped me at least see the utilities of the place and the rural economic engine. Folklore has it there, that Dr. Kurien impressed a Swedish delegation enough that he too was seized by the opportunity in reciprocation. That his cousin Ravi Mathai was IIM’s first founder came a distant second in reasons for the Amul Story. For some reason, the cause was so overpowering, that some of Dr. Kurien’s approaches were domineering enough to keep away middlemen and their support systems. In hindsight, the ‘situation’ he experienced may have had clues to his style, and the survival of the institution beyond his lifetime!
I saw some entrepreneurs from up close. One was Clyde Cooper, the dashing and energetic Managing Director of Blue Dart Express. He probably slept less than most professionals, and when at work, had the attention of an eagle. To pass Blue Dart’s Personnel Policy Manual through him was an experience in itself. When I saw the draft return to me via my supervisor, the affable Vasudevan Srinivasan; I was in for a ride of my lifetime. With bold red upward revisions of per diem allowances for drivers of inter-city surface transport trucks, I realized; Clyde paid more than an opportunity cost to operationalize his ‘fleet’. He knew operating realities from up close. In another instance, the grand big-hearted Homi Mistry took me to witness the entrepreneur’s dealing with ethics. He asked me to accompany him to a consignee’s address. He took a letter from Clyde explaining how a shipment was wrongly passed through the operations hub, due to poor vigilance, and a compensation amount was given to the consignee. Clyde was not a mere perfectionist. He set standards, despite infrastructure constraints through example and untiring consistency.
I visited Narendra Kumar Dhand, the creator of this unique firm called Parishuddha Sadhan Yantra in Ghaziabad. An engineer from California, but at heart the patriotic Indian, he set a shining contrast for manufacturing firms. His firm had no unions. They created India’s finest CNC machines for clients such as Mico-Bosch, and other automobile giants. Sensing my zeal, he gave me 90 minutes and more in interview. The lasting impression I have of him is his generosity of character. To endear an industrial worker in a restive manufacturing cluster required extraordinary compassion and focus. Extended further, the practices on the floor spoke for the mind-set of their products. Quality circles for continuous improvement, meant that the intrinsic worth of employees, irrespective of their educational backgrounds was core to the sustenance of the organization!

Another entrepreneur I only had a peep of was the indomitable spirit - Rohinton Aga. Suave, commanding in respect and empowering in accountability, his writing spoke more for me than any direct experience. But his wife Anu Aga witnessed a summer project I did during my post-graduation at Thermax. In those little interactions I had then, I realized that running a scaled up enterprise, was not just about ethics, professionalism and commitment, but also about integrating several roles in a life time- spouse, son-in-law, leader, industry spokesperson and influencer of business policy.
Today, we live in an era of serial start-up stories, none as epic as the ones I have quoted for their tenure, but gargantuan in appetite and perhaps unrealistic in valuation. I pause to reflect the innocent questions I had about what entrepreneurs do to make their firms successful. Two decades removed, there’s much in the original question to sustain interest, but the context has shifted on several counts. So apart from whole systems that have institutional perimeters or boundaries, there’s also the question of environmental impact and sustainability of livelihoods per se . I offer four questions as spin-off in an entrepreneur’s context.
What has been your experience in these respects? If not a Milk Day, would it be Energy Day or Bio-Diversity day you will be remembered for?
Posted by Joseph George A at 8:07 PM No comments:

Basic, not base emotions

Often, I muse upon the subtleties between enthusiasm and optimism; risk taking and impulse, self-sacrificing and altruism, and so on. These are fascinating areas of thought, and inferences from a similar behavior may trace back to different origins. E.g. who do you think is more of a risk taker - the cricketer Sehwag, or Virat Kohli? Who is more of the impulsive businessperson - Richard Branson or Vijay Mallya?

If seen from a more coarse, or meta-level, what may be the basic emotions we experience as humans? I am left with what Master Richard McHugh taught us years ago. He said there are four basic forms that emotions take. Our brains are capable of focussing on finite chunks of emotion in given time, and as such, may not process each with similar vitality or intensity in the same moment. Yet, when distilled, there are 4 basic emotions to deal with as below.

1.       Joy – where celebration and the general word happiness exist. This may not be an absence of grief, but surely the discovery of meaning is a great contender here.
For me meaningfulness is an necessary reframing of grief at times, as the travails of nature hold up gifts through experiences of suffering.
2.       Grief – where the helplessness in loss pervades, and stymies the senses accordingly to a near foreclosure of options. It is grieving during separation, or death of a loved one that calls for a spirited appraisal of emotional investment. Grief is a coming to terms with nature’s cycles when ends are a renewal or a rebirth of life-forms.

3.       Anger – where not being able to get what one wanted is asserted in varying levels of intensity. Unlike grief, it is a contacting emotion, as the aim one can benefit from in the case of anger is a deepening of one’s relationship with the other with whom we are angry. 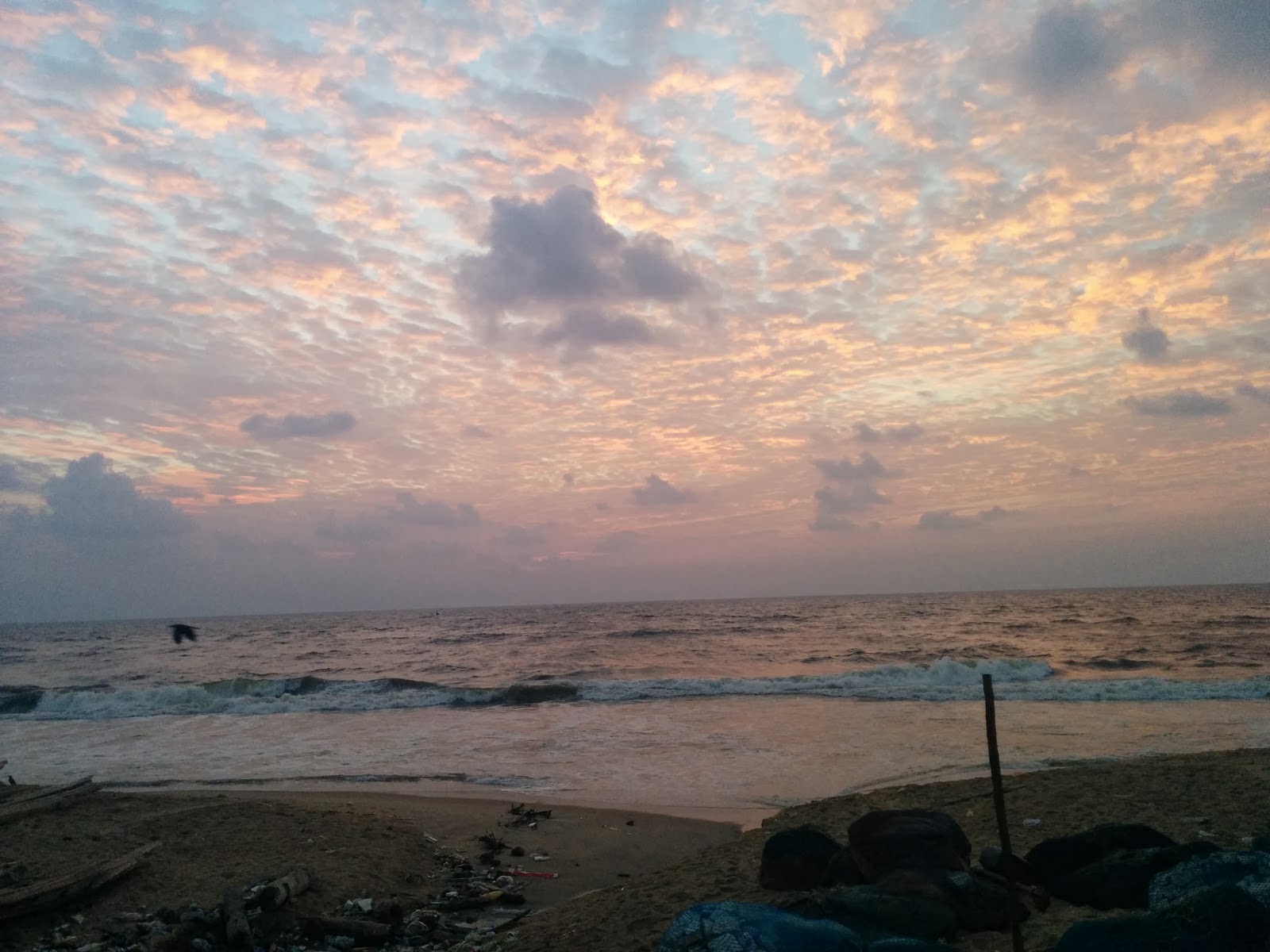 4.       Sex – and this is the counter-intuitive emotion. Sex is a procreating drive for most, but it is a life-assertive energy that when repressed causes more ill – physical, social and emotional, than we are willing to admit. Sex as bodily differentiation in gender and unity of species as life-form is slow but essential realization. Deep respect can only ensue from traversing the deep masculine, shallow masculine, and deep feminine and shallow feminine aspects of sexual identity in the same body. It is about tuning in to one’s body and its creative forces. It is also about understanding that repressed from civil discourse, we often confuse this with love – which, in fact is a decision, and more than a fundamental emotion.

Having made mention, it is useful to be clear about love. Love is a decision to give in conscious awareness all of oneself to oneself, and to others who may share in spirit, social relationship or ideology. In this sense, love is not a free flowing emotion. It is not an object of manipulation either. As Osho Rajneesh once mentioned, it is psychologically impossible to love another without loving oneself. Self-acceptance and self-improvement are both components of self-esteem, and impoverishing either reduces the chances of loving others.


Loving others as oneself, therefore is a whole new meaning - a joy to live into!

What do you think?
Posted by Joseph George A at 7:16 PM No comments: