Self-Esteem as Focus of Action

In the late, 1990s, and I do not recall which specific summer it was –the heat of the road was scorching dry near the Kshipra river, as I braved the industrial fumes of a factory in whose precincts we were attempting to foray an Organization Development intervention. I was interviewing a workman on the shop-floor of a soya mill in Indore’s industrial hills. In trying to understand how the workman made emotional reserve for the workplace environment, I was curious as to how the respondent would perceive the health benefits facilitated by the employer. Given the wage limits determining coverage under the Employee State Insurance Corporation (ESIC), I was keen on knowing how their services were accessed and consumed. 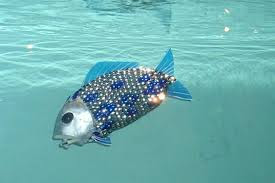 From the more direct and forthright portrayal of his employer’s orientation to health benefits, he was now coming to the zone of interface between the firm and its environment. He was beginning to get comfortable in responding, but looked distraught enough to warrant my curiosity. I asked point-blank in youthful bravado, if it was to do with harassment for bribes at the ESIC. Even more relieved, he was coming to the poignant zenith of disclosure.  In chaste Hindi he quipped “Saab, ab yeh mat puchiye hamein, ki machli kitna paani me – ya paani kitna, machli mein”. (“Don’t ask me how much of the fish is in the water – or how much of water is in the fish”).  The rustic diplomacy that descended from the man stumped me, and had me in a long pause of the interaction there.
He was at once acknowledging the phenomenon of corruption, and also pushing back on the enquirer in me to hold my reserve enough to hold up the workman’s dignity. Such conversational brilliance seldom befalls me from the dust and grime of India these days. The respondent now strikes me as having self-esteem expressed with a poise that is unlikely to have been achieved without reflective oscillations between tempest and salvation in the struggle to stay employable in an economically unforgiving social context.

In the recent months gone by, I have come to a certain insight during the curation of data. My clients who take up assessments before they determine their development goals, come from managerial cadres, and find the transitioning to leadership a platform on which a lifetime’s effort is met with a decisive crossroads. Here are some trends below. Indeed, they are to do with self-esteem, but its correlates are not also linear or entirely generalizable. Nonetheless, they may represent a sliver from which we may infer many possibilities. 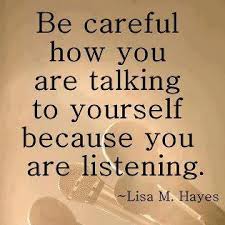 Let me begin first by acknowledging the root inspiration for this piece of writing. I have had several people talk about self-esteem as being a unidirectional trait – that it is either low or high, but have also classified it as a human psychological need that requires fulfillment. On the other hand, Nathaniel Branden who first extolled the virtues of self-esteem has also made allowance for it to be treated as an accomplishment or an act of achievement.  Some treat it as an inner dynamic of the person, while others are open to the influence of the person’s external environment in playing a role in the nurture or development of self-esteem. So let me quote Nathaniel Branden himself here :
Self-Esteem is
1. Confidence in our ability to think, confidence in our ability to cope with the basic challenges of life and
2. Confidence in our right to be successful and happy, the feeling of being worthy, deserving, entitled to assert our needs and wants, achieve our values, and enjoy the fruits of our efforts.
For purposes of reflection, here are a few of my insights, or let’s say formative hypotheses from immersive engagements with professionals in Indian work contexts, that have sprung up from self-esteem confines.
1.       Gender has a role, but it is a social bias more than a personal bias to begin with  – and it’s effect at the workplace is likely to be in a continued state of flux. I have in the recent past seen two kinds of effects with regard to self-esteem among women coachees. The first one is the more difficult to address via coaching in the workplace. Due to social gender stereotyping, as in a barrage of media through rite, ritual and unquestioned convention, women tend to develop low self-acceptance. In fallacious extension of physical might of the male, they surrender even psychologically to the will of the male. They try to overcompensate with a striving to self-correct as if, their concept of self will be decided on norms set by the male. This leads to approval seeking at the workplace too decades after receiving gender discriminating signals, when in fact, mastery over an instrumental skill may be more important. Self-esteem eludes them for not being able to accept one’s imperfections without hating oneself. The other ‘syndrome’ at work is about women with self-esteem developing an uncritical socialisation style of the more dominant male gender. This includes an unassailable forthrightness to the point of being curt and at times appearing exploitative for lack of empathy with others.  Even after women become aware of the roots of their behavior, coping with their realities has often been a struggle to stay the distance, due to long years of operant conditioning.

For women who have self-esteem, that is a dynamic balance between self-acceptance and self-improvement, exerting their interpersonal power in emotionally congruent ways has been easier, especially when organizations structure opportunities suited to their career pursuits. It has been more of an unspoken nightmare otherwise, despite their social facility in implementing task demands in less benign opportunity structures.
2.        Social Intelligence has a role – and it’s role in learning about human preferences and effectiveness is enlightening us due to insights from neurosciences and social psychology both. For example, Baron-Cohen has a theory of extreme male and extreme female brains, that speak to laser logic for the male and adroit empathy for the female prototype. In a biological frame, it is known that boys are ten times more likely to develop Asperger’s syndrome and four times more likely to develop autism symptoms than girls. While this may lead to some needless stereotyping, the language of making the journey from shallow feminine to deep feminine and further to shallow masculine and deep masculine is also known (Richard Rohr’s work for example).
The sad news is that we do not design organisations yet on this principle of wholeness, as the norm is to yet pass around numbers that speak to gender ratios, barely scratching at the surface of deep tensions society presents. It has already embedded within it through its social mores, rites of passage and rituals of dysfunctional control.
Goleman accedes thus in his book on Social Intelligence “ Neuroscience has discovered that our brain’s very design makes it sociable, inexorably drawn to an intimate brain-to-brain linkup whenever we engage with another person. That neural bridge lets us affect the brain – and so the body – of everyone we interact with, just as they do us.”
In the multiple interactions we have in social milieu we’re part of, the effervescence of connecting with other people, transpire deep connect, even subliminally. At the same time, we’re bombarded with information highways that causes us to disconnect with others, despite symbols of connectivity that surreptitiously compound social, emotional and possibly economic costs as well. I often surmise for fellow professionals, that one of the most silent epidemics among cadres I coach is that of maladapted masculinity – of being unable to get to the point of vulnerability or authentic change potential, in growth hungry corporate settings – where appearing to be weak is seen as taboo. Humility is a underrated strength.
3.       Empathy is a divisible compound – Several years ago, when I was being trained to be a developmental coach, I was introduced to a competency known as Accurate Empathy. In experiential learning of the theme, we were impressed upon to listen in for data in conversations that were of intent, feeling and content nature. While that may still be useful in listening deeply, empathy itself runs through neural circuits that signify the following forms from top-down to the bottom-up brain circuits
a.        Cognitive Empathy – the ability to focus on what other people experience without losing touch with one’s own emotions
b.       Emotional Empathy – the spontaneous attunement to others’ feelings in bodily resonance
c.        Compassion/Concern Empathy – the proximal action oriented care and concern for others
So what’s that do with self-esteem you may ask? In my experience in dealing with professionals across sectors, it is astounding to note that one can be mind blind – that is impervious to empathetic concerns even as one’s self-esteem is intact! This is a trigger for sparking off structured opportunities in interactive variety. On the other hand, it is also possible to have the female brain of Baron-Cohen extremes in the male, with low assertiveness of personal power or poor self-acceptance in frank, planful, and organized males. This makes for challenging coaching conversations and indeed creative exploration of possibilities in empowering the present for meaningful futures.

4.       Systems Thinking draws more from inner intuition and is yet more data-intensive : - I go back to the shop-floor worker who summoned to my attention his immersive experience in his social context. With faculties available to him, and without a handheld device to support his data processing, he curated that moment between us in a communicative finesse that makes for the roots of effective decision making, strategic engagement and forthright diplomacy. He analysed his data, reviewed its shortcomings, risked an opinion in the face of social class divides, and made no compromise with the truth. In creative embedding through metaphor, he swelled his chest at the zenith of disclosing his dilemma from the zone of human values, with no sign of dogma or inane open-endedness. He vulnerably embraced an opportunity for his own development with an unabashed pride, making his self-esteem a product of apparently irreconcilable self-improvement and self-acceptance. His leaders were grappling with larger system cognition assuming that internal systems of human resource management were sufficiently dealt with. He had his theory of everything he experienced with laws of general nature implicit in the norms of his phenomenal world; including of course the permeability between social systems. Today’s challenges that afflict modern managers are not only about resiliently navigating ambiguity – but also in specifying the data slices from which to prune insights as a curator of ever burgeoning big-data, even to do with disease outbreak lead signals. 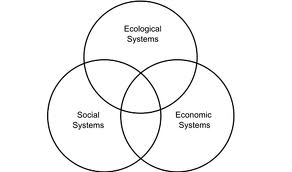 As I round off this piece, am reminded of a few talismans in intervention practice. One is that of working on the system, rather than on units within it per se. So, when organisational malaise is detected at a systemic level, one may believe that individuals at the level of units, or professional systems at the level of groups may self-govern in autopoetic abundance. When dealing with individuals as in some examples from which this piece is inspired, one sees organisations and systems of the past creeping in on the present in unkempt and unresolved tensions, so much so that system levels of the present may perpetuate if not precipitate similar individual malaise if left festering in the present. Do we have much choice but to deal at both ends of the whole together? In closing, perhaps, just as it is self-acceptance and self-improvement for self-esteem, organisation sponsors may have to consider the individual and the larger system, and not merely a specific symptomatic part. What’s been your experience on this frontier?
Posted by Joseph George A at 8:59 PM No comments: