In 2014, several stereotypes were challenged. India’s mission landed on Mars, at a cost unimaginable in developed nations. A teenager won the Nobel Peace Prize. We also saw violent intrusions of physical boundaries and the vagaries of the human mind. Civilian planes were downed, went missing and lives go unaccounted for because of people choosing to fly. Storms like those in the Kashmir Valley worried many. Winter chills from the polar vortex affected Canada and North America.

The rouble crumbled, and the popular representations in geographical zones started to demonstrate momentum in India and the Middle East. Japan’s low electoral turnout may inefficiently hide frustrations of a proud collective. Despite a revolutionary Pope and a rising of e-commerce, there are fewer jobs to go around in 2014, than in 2008. Despite more stringent laws women and children are violated in mindless circumstance. 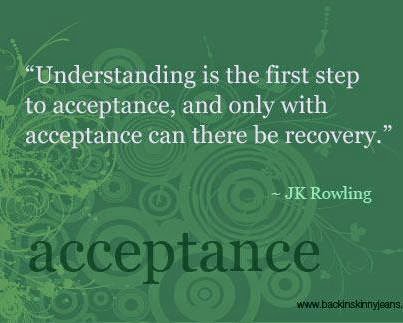 If this were the context in which we end 2014 what is striking for me?

I feel challenged on account of incomplete inward realisation and the outward means by which we advance our causes. To quote a more articulate view “We know that, for better or worse, humans are incapable of rationally resolving theoretical debates outside of the institutional framework of the sciences. If we’re out on a limb, you guys are clinging to twigs. And now that science is making real inroads across the humanities, that annoying empirical breeze you feel is about to get a lot more gusty.” So wrote R Scott Bakker of the debate between views from Thomas Metzinger and Graham Harman. You will recall my mention of the phenomenal self model earlier.

While the philosophical chatter may appear much like ether or feel like flake to those not invested in critical enquiry, much of what happens around us in the real and physical worlds are now up for scrutiny. Perhaps the language of categories and prejudice may be closer to your preference in understanding how and why people take sides in an argument. So here’s what may make matters explicit. Consider facts reported by Partners Against Hate, who infer that Addressing Youthful Hate Crime is an Imperative.

What do we do, when, in the name of religion, creed, language or race, workplaces are blocked for outcomes and energy? While, I am not in command of facts that parallel those of Partners Against Hate, here are a few probable trends for your consideration.

·         Of all known injustice due to prejudice, offenders are rarely identified at the workplace.
·         Of all  injustice at the workplace,  voice is most exercised only when monetary reward is lower than expected by the ‘victim’ in the situation.
·         For most ‘surprises’ during a compensation and benefit revision, expectation setting and goal setting are taken for granted.
·         Workplaces project the language of diversity. Yet, ‘mind-set’ professions such as Quality Management (QM) and Human Resource Management (HRM) are rarely  experienced as integrators.
·         Of known sources of error and workplace injustice, work design and organization design are rarely seen together as the source.

Which in a rather curious way, brings me back to the role of bias in optimism.

I’m glad I was introduced to the work of Yuval Noah Harari, who as scholar of history, brings to us a  possibility in his book Sapiens. He argues that the greatest myth we’ve lived with for thousands of years is the Agricultural Revolution. The agricultural revolution has not reduced man’s efforts, but only compounded it. Instead, it is crop and cereal like wheat or rice that domesticated homo sapiens. Surviving and flourishing over millennia, they’ve made us dependent on them. They’ve domesticated us on this planet! (what a contrarian appeal to our senses).

We may’ve thought we’ve domesticated cattle. But the cowbell’s new forms like the cellular phone and hand-held devices now aided by the stealth of technological prowess, seem to muddle our thinking. Being is even more majestically challenged than we may readily acknowledge.

We’re hurtling into an age, where spiritual and intellectual honesty may be difficult to reconcile.  I find forms of that reconciliation ruling the roost in organisational debates too.  Let’s just count some of these tensions here.

1.       There’s tall obeisance to ‘uncertainty’, and yet stock markets punish for the lack of ‘certainty’.
2.       There’s much ado in the name of complexity, and yet simplicity is touted even if end effects are about oversimplification.
3.       There’s praise to the intangible yield from human resources, and yet there are perhaps fewer jobs thanks to technology.

Insight of 2014? When fantasy and optimism make heady confluence, it is fueled by inter-subjective beliefs dispersed widely in a society or civilization. That is to say, that socialization enables the stability of beliefs that hold up the myths of our existence. This is fodder to revolutions!

Stereotype to be challenged? Corporate or institutional impact on our belief structures. This is not about Coke as a want and water as a need per se. This is not about ideology, religion, philosophic slant or cult activism as much as it is about relevance of our actions to our wakeful lives.

How may we influence our beliefs such that what we experience at work on a daily basis is a reflection of our faith in each other’sabilities to revere and serve each other? Will such be the accommodation we make for people we may call neighbors, family and community too?
Posted by Joseph George A at 3:55 AM No comments:

Love has not tired yet

So much is made of issues such as religion, taxi driving and civic safety. I am most reminded of male overoptimism as we attempt to make sense of ‘news’ that we get. Even the barbaric mass murders of school children in the sub-continent seem only to have sent that momentary chill down our spines. Leonard Cohen has a song on Faith that has a contemporary prophetic appeal. Sample lines..

Indeed, presence in a moment of dire stress and bringing the other person to that wavelength comes from a rare and dynamic awareness. Like Viktor Frankl did with his prison officers. Human will, inner deep bone gifts of clarity and our attitude to crises. “Everything can be taken from a man but one thing: the last of the human freedoms—to choose one’s attitude in any given set of circumstances, to choose one’s own way” wrote Frankl in his book Man’s search for Meaning. I thought I met a few such people over the last few weeks of December.

A 4 am pick-up to the airport is often a curse for a worn out taxi-driver. But there he was 10 minutes ahead of schedule. Knowing a name helps, I thought when he called and spontaneously broke into Malayalam. I asked him if he had enough rest, and he said, he had just got up from sleep as his driver had gone on leave. So, what on earth was a pastor doing behind the wheel I thought as he cruised into a steady gear. “How did you know that?” he asked. “Well, I was informed by the cab company”. “Oh, no. They registered my name that way?” A few more turns under street light and he opened up. “I do not like to go begging for alms for spiritual service. So I set up a few taxi runs, so that we generate our own money to run medical camps and run a couple of schools in remote areas. My drivers need rest, and I pitch in like I did today. They know we’re building a mission”.

On another pick-up and drop in another city, I got a multi-utility vehicle, (kind of upgrade from a sedan), and the driver was another enthusiastic livewire. “So where do you stay?” I asked him. “Sir, this vehicle belongs to the owner, who works for a software company. He wanted a trusted driver. So, since I am from his village he asked me to take care of the car. He stays down the coastal road”. “So, where do you stay?” “In this car,” came a prompter response this time. I knew I was onto something.

“I wash up at the Central Station or at the airport wash-rooms”. “So you eat in hotels, I presume!” I volunteered. “Yes, usually, between rides, whenever I feel hungry”. “What about your clothes?” I queried, as he sported a chauffeur's look atypical of his tribe. This question brought a proud response from him. With a modest swish of his wrist and opening up his fingers from the sturdy steering, he said “I give my clothes for laundry twice a week”. And his village connect? “Sir, I go home by bus once a month. My wife and daughter are my life”.

On my last trip home from the airport, the Regional Transport Office (RTO) halted the cab I was in. When pulled onto the side, the sentry politely asked me for 5 minutes from my ride to verify papers of the driver. In 3 minutes the driver was back from the patrol vehicle of the RTO. When I asked him what it was about, he said, “Sir, this is a registered vehicle, and there was no problem. But the recent incidents have meant that the government is keeping closer checks. That is all”.

Just a few examples of how the organised web-enabled taxi industry in India has many an endearing story behind the wheel.