What force-fields do we experience in organisations today?

In 1989, when studying at the Tata Institute of Social Sciences (TISS), I opted for an elective subject in Political Science. Little did I know what a towering figure my teacher would be. YD Phadke may not be as celebrated beyond Maharashtra, but his analytic prowess on society and its challenge in the wee years of economic liberalisation was not lost on me. The criminalisation of politics, and the politicisation of crime was a label I heard from this horse’s mouth. Nearly 2 decades after, the grip of this trend is firm and tenacious.
Years later, I learnt that summer months activate certain chemicals that make for greater criminal behaviors.

At least for a few years, I watched that phenomenon peak and ebb only to realise that December 6, October 31, and November 26 are all winter dates for that theory to find generalisation in India. In 2014, as I write, I cannot recall how much less incidents of violence and blood-letting have been since the 1990s. It was in the 1990s itself, however, that academics studying group and individual behaviors revisited what a famous scientist once mentioned “There is nothing so practical as a good theory”. 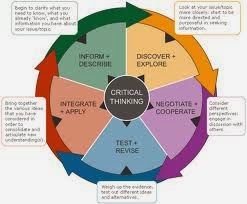 Edgar Schein was the first to resurrect Lewinian thinking into group relations theory. The underlying reason being the neglect of ‘field theory’ that Kurt tried to model as in a topological psychology from the pure sciences of physics and mathematics. Schein and others have argued that many aspects of Lewin’s work have become fundamental to understanding how organizations and the people
who populate them behave. Burns and Cooke (2013) state that even modern social constructivist approaches miss force-field theory integration, so much so that in their paper “Kurt Lewin’s Field Theory: A Review and Re-evaluation”; they call for a restoration of field theory. They believe that Appreciative Inquiry, for example, among other large-scale change efforts have a fault line. That is, despite its apparent success and appeal, it fails in widespread participatory renewal of organisations.

Cutting the chase short, here’s what I surmised from an ongoing intervention in an apparently sunrise industry sector, to exercise my brain muscles to attention in this regard. Let me know if it reads meaningfully for you.

1. Unless, employees participate in determining a company-specific way, they will not own the intangible, inimitable strengths of diversity, uniqueness and novelty. Sustaining the feeling of pride will be over and above an industry sector factor
2. Speed needs calibration during this determinism, else, it will risk being experienced as forced, or contrived.  Neither too slow, nor too swift, but enough for employees to set an absorbable pace. Priority will be business performance, and culture merely a reflective enabler; albeit subtly influential.
3. Ecologically sound, it is to be an effort that needs to strengthen not only company internals, but its ecosystem too. Any imbalance will indicate lack of alignment. E.g. investors are discerning constituencies in this respect.
4. Critical connects: Strategy, Identity, Operations. Miss any one, may be missing all.
5. Alignment features : performance climate, learning from others, Company manifesto, employee life-cycle, and technologically enabled (hand-device friendly collaboration tools) and aspirational enough to provide the  creative tension for excellent employee contributions. 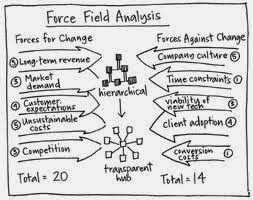 Apparently, the time for the movement away from ‘presidential’ / oligarchic economic systems is now. The movement toward ‘communitarian’, ‘participative’ and ecologically conscious corporations is slowed by habit and lack of imagination than by the conception of possibilities already on offer. With cognition, socialisation of learning, and pace of dissemination, processes stewarded by leadership teams will tell on the future of organisations and our planet per se.

I will also watch out for the use of language, that may indicate what paradigms I may be stuck in. E.g. "this time around...." OR "Up until now....". Am reminiscing, finally, a quote my old school Principal, the late Rev. Fr. Vivian Lobo SJ, mentioned to me in a special exclusive evening walk "It is ideals that give meaning to practice. Practice without ideals is a troubling act".
Posted by Joseph George A at 9:02 AM No comments:

When Breaking Rules is no Sin : Service of the Heart

1 Corinthians 13:13 says “12For now we see in a mirror dimly, but then face to face; now I know in part, but then I will know fully just as I also have been fully known.13But now faith, hope, love, abide these three; but the greatest of these is love”.

In the mindless repetition of this differentiating text from the Bible, I have seen many a wedding solemnized, many a suffering explained away and moments of confusion managed for the temporal convenience of clergy and the laity. The Passion Week is a reminder past the centuries of an unparalleled traverse of the Jesus figure in its intensity and solemnity both. The essence between the text from the Corinthians and the experience of the Now Moment in the present, revealed itself in a pristine view for me today. So, I record them here – partly as a re-discovery of matters spiritual, and partly as an instrument to my own meaning making. And no, I have not gone to the etymological, epistemological or liturgical roots of these terms. So they come minted with the scent of my own till that the world has suffered for me. 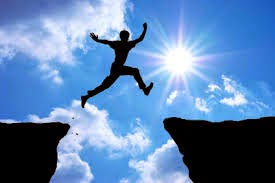 Faith is supposed to be a dive into the unknown, and yet, it presupposes a lot. Faith per se is a call to action. On the face of it, it seems a simple, pure and unqualified act of trust. Faith however, rests on the actor’s past. It summons a judgment in the moment between choices in favour of the one choice presented for appeal. Such judgment arises only if the actor has a past experience of matters from which to discern the worth of the judgment call. Hence faith is past-dependent, despite its glory in the present. 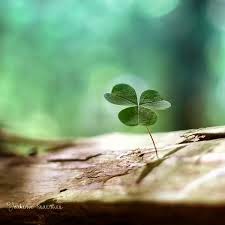 Hope is a beacon of aspiration, aligned with an experience yet to be. It signals a poise of uncovering inner potential whether passive, dormant or active. Hope is a form of reliability in unborn futures, separating the moment from the burdens yet to be borne; and yet giving meaning to today’s  yokes. Hope is a tempering of the Spirit, the enmeshment of the Larger Mind within us that connects with what is larger than us.

But spirituality is not just through the mind’s intellect. Spirituality is also through our body and emotions. Transformations happen when we ready ourselves in the moment to receive love. Love exists in the present. We may never know in our lifetimes, as we know it, where Love comes from. It is only in the receiving, that we can recognize Love. In Love, we die to the moment. In this death, we renew ourselves. Mindfulness allows us to integrate what we sense through body and emotion into Love. For Love is a decision, that embeds many a moments of emotion, but is not an emotion of itself. Love is the giving of all you are in the moment you make that decision. 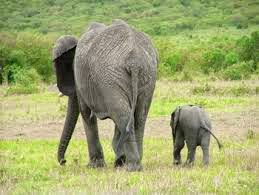 Love can bear all things, if we experience the Presence of Eternity. Forgiving Love is a decision to dissociate feelings and emotions with the person whose acts may have hurt us in the past. Merciful Love is a decision to be in service of the heart, where compassion is a state of accurate empathy with the other’s feelings, and yet, in such service; one breaks known rules of engagement. Love is in the giving. And since each moment is new; when expressed, Love bears authenticity, an originality born of an awareness of the moment.


Integrating the Past and the Future in the Present may seem difficult. In surrender to the moment, not insisting on what we desire, but experiencing from a wholeness to deserve the bounty of resources in the moment, Grace becomes an amazing feature. Grace is the mystical, unmerited mercy, whose gift is like the synesthetic synapse of laughter and tears at the same time. The Presence of Eternity, then alters our perception of time itself. If as the Bible Says, that the Greatest of these is Love, mindful present-awareness has a premium over Past–dependent Faith and Future-oriented Hope.

Yet, the moment contains the humble connotations of the connected tenses. This is a new meaningfulness for me today. If you let me know what this means for you, I shall be much obliged.
Posted by Joseph George A at 5:15 PM No comments: