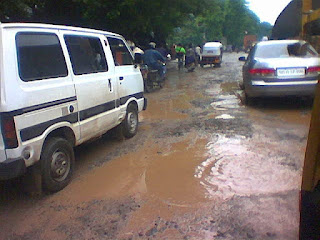 There are a few advantages of the perpetual reconstruction on Indian roads. Especially in big cities, it arrests your mind, if you are willing to be led there – by your unconscious. So it was, that despite reserving an extra hour for travel to the airport last week, obstacles unseen by the traveller’s eye slowed traffic down. I got into a conversation to distract the driver from the time-bounded targets he normally meters. So the insights about the hands on the wheel came in early.

Sitting on the rear seat, I was wondering which community in Bangalore would keep the tail-lump on the male’s head. The driver was speaking chaste Kannada with his employer, and I was curious to know which unknown part of rural Karnataka did he migrate from. “I’m from Gonda in UP”, he said in chaste Hindi, that did not quite resemble the taxi driver experiences I would have in Mumbai. Now, now, since when was he in Bangalore? “1994!” What brought him to this city then? “My uncle was helping me get to the army, but his son got through, and I was rejected. I had suspected money changed hands then, but,  I stayed on with the image I had of Bangalore. In school text-books, we were taught that Bangalore has the same weather all year round – and it was pleasant, unlike our home in Bihar…” (What an eternal curse, I thought to myself).

That stumped me further. “My family belongs to Bihar, but my father settled in UP. We farm there...”   “So whom do you have here for family?” as I heard him talk to someone like he were to pick up on return from the airport. “Oh, that was my cousin, who needed employment. So he drives this car by day”. And then came another call “I told you I will be home this morning. Keep hot water, and some break-fast..” Well, the ride was long enough for me to know that the driver was a couple of years into marriage, and that his wife was just back from his home-town, as she could not take well to the death of their girl infant six months ago. She had congenital brain and heart defects. The struggle of life on the roads put aside all manner of infrastructure hurdles aside. Perhaps, the Indian employee works largely to service his or her social role, and not for the sake of career per se. 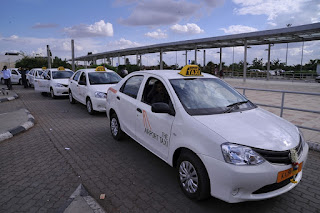 The same day, after deplaning, I looked for the placard bearing my name. None was there. So peering through my hand-held I retrieved the hotel’s phone number. “Sir, the driver is not there? He is at the exit, sir…just a minute…”. I had already waited 10 minutes. The hotel called back “Sir, he is five minutes way – got stuck in traffic”. The driver came, and rather low on energy, he picked up my baggage, and I eased him into the next trip. “Do you need to wash your face or drink some water before we start?” “Sir, we are ready”,   looking relieved by the question itself. So, I was keen to hear of the traffic at mid-day. “No, sir, this car was stopped by the traffic police. Our hotel owns this car. I am an employee of the hotel. I do not know about the taxi-registration”. He was trying to explain his delay. “I have told the manager”. It was a sight to see the chain of spots on the road, where instead of marshalling traffic, policemen were piled in motor-worthy corners of the road on the 15 kilometre stretch to the hotel.

So I asked him to be certain of his awareness of his context “Does this happen in Modi’s Gujarat?” Unflappable, the calm driver on the wheels was making sure that a ruder motorist went ahead of him, than to kick up another highway fracas.  “Sir, everything happens here, including sale of liquor. Cash flows without question.”

This Jaipuri driver in Ahmedabad and the morning Bihari descendant were migrants eking out their lives. I marvelled at their bounded rationality, evenas I gulped at the consequence of my education. While both my chauffeurs of the day reciprocated their truths it was their trust in me that left me wondering, “They trust us their secrets as a release from their stresses, on an implicit assumption – they will not want their stories told on their account, not at least with their identities revealed. They culture us in sympathy into their own context, and deflect us from our fleeting comforts only to deceive both conversationalists from the reality they need to confront”.

Today my perpetual calendar with quotes says this from the Upanishads “Know the Self to be sitting in the chariot, the intellect the charioteer, and the mind the reins”. Where do you think your hands of action are?
Posted by Unknown at 5:10 PM