Questions of Leadership - not the trivial kind

“India does not innovate, but Indians do” was the graphic distillation of a good friend, I Vijay Kumar. My trust is in his meticulous inferences derived from systematic note-taking over decades of work in India’s telecom and Information technology sectors. Part lament, part positive affirmation, I have yet to come across a more fitting statement that epitomizes the individualistic bias to achievement in India.

The subjugation of collective will to the adulated hero is an unquestioned norm, until it is chaotically opposed by a rupture from routine. E.g. Coordination that a natural disaster precipitates or in a pastime that is remote from formal accountability such as cricket or television dance choreography.

In the early 1990s, I was in Delhi for AIMA’s annual conference, where in the wake of liberalisation, speakers were invited from as far as Philippines to propound the LPG theme of the decade – Liberalisation, Privatisation and Globalization.  The Yamuna was flooded then too. Arriving drenched at the Indian Air-Force Subroto Park Auditorium myself, I entered the hall as lone nominee from my then employer SPACO Carburettors India Ltd. The media sponsor The Hindustan Times had placed partially wet copies of its edition that had a catchy photograph of the rain situation and an accompanying story of a 14 year old saviour of small children. The first speaker of the day, the irrepressible Late Rajinder Singh was delayed, and he explained his absence thus:

“You will appreciate my delay only if you hear my explanation. That story of the 14 year old – well, I read it too, and went to track that boy down before coming here. I wanted to know what it was in him, that he took the plunge when several able bodied adults around him did not.” He had the ears of the 600 strong audience already. “Well, after much persistence, the young boy broke his silence. “Why ask me? Ask the one who pushed me from behind, into the swollen Yamuna!” Imagine the energy in the room and the connect made with the audience!

It is hardly controversial to observe that leadership-as-a-good-thing is deeply entrenched in our common culture. Much is expected of leaders and leadership when economic, managerial or other crises have to be met. The solutions to restructuring for purposes of greater efficiency and effectiveness, whether in private or public sector organizations such as district administrations, for example, are widely sought in better leadership or ‘strong leaders’ who are believed capable of steering the organization in desired directions. 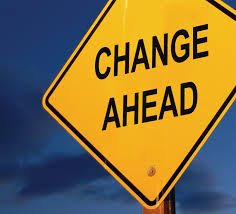 However, in recent insights about such phenomena, I have come to recognise the importance of the following questions.
1.       Like the above account of ‘even leaders need a push’, what makes for individualist achievement when leader-follower or leader-member exchange in Indian context is not accounted for in theories of leadership?
2.       If there is a Zone of Proximal Development, in which even leaders learn to develop their exemplar qualities, is leadership more reduced to the administrative practice that occurs in modules of impact rather than extending ‘systemic’ effect on an organisation?
3.       What accounts for a theory perspective in leader behavior, when context and practice in context cannot be removed from the phenomenon?
4.       Is not learning in groups more connected to the administrative efficacy of a work unit than the convenient fantasy of the singular apogee of virtue and potency?
5.       What is the connect between functionality in leadership and the effect it has on practice of leadership, if context and learning in context matters to the existence of leadership, per se?
6.       Is the chorus for a resignation of a leader in the aftermath of a crisis an outcome of folk psychology than a moral creed under whose garb order and norm is mediated?
7.       Have we seen more of methods of observation in existing leadership theory than empirical data per se that explains cause and effect?
8.       When social media pervades the work-screens of almost any employee a company wishes to control through information technology (IT), what yoke fixes the social-media heterarchy with the corporate-governance hierarchy? What wedge of performance apart from control-intensive IT will cohere with these inherently diverse, if not contradictory eras of organisation? Is it merely financial capital, social power and legal sanction?
9.       If the structure of motivation of the emerging knowledge economy is Autonomy, Mastery and Purpose, what accelerates the dereliction of leadership?
10.   If a relatively self-disciplined westerner experiences formal interactions with Indian or Asian workforces, does the word ‘global’ replace interaction expectations merely because of a dateline intervention? Has folk psychology like the proverbial smoke-screen denuded the cause-effect relationship in leadership theory?

This is why I am falling back on primal learning energy by turning to a savant, whose interests transcended our planet. Carl Sagan the cosmologist, said, “At the heart of science is an essential balance between two seemingly contradictory attitudes--an openness to new ideas, no matter how bizarre or counterintuitive they may be, and the most ruthless skeptical scrutiny of all ideas, old and new. This is how deep truths are winnowed from deep nonsense”.  I thank Gabrielle Lakomski for stoking me to such fundamental issues in 2006, a cause at which she has relentlessly labored since then.

Many implications extend from these questions. E.g. why in work that involves complexity, innovation in India is more difficult to orchestrate than in other national or societal contexts? There is no dearth of issues that require us to work meaningfully in groups that fetch enduring satisfaction and pride for its members. Do we build to change or to defend status quo, for example?

Do you not feel a dearth of sturdy, robust inter-disciplinary inquiry in leadership and organisational learning? For what reason does the last word on leadership theory elude us?

Posted by Joseph George A at 7:27 AM No comments:

In Tiananmen Square, a young girl died and became the affixation that television screens carried to global audiences in 1989. After more than 2 decades, that upsurge of anger is still running its course. Turkey rises today, in the wake of the so-called Arab Spring; and the scene of action has shifted to social media screens. Not in the distant past, a lady called Nirbhaya (fearless) got people protesting across India, especially in Delhi. Comfortably, numb, social media enables the gush of dissent and the clean swipe of memory loss follows effortlessly, navigating our neural pathways with an accurate mirror effect of our take on life. This conceptually new phenomenon of the aborted superstar cannot as easily be messaged on the medium that constructs the identity.

Too many lives end on TV. It is in similar vein, that leadership, management, and corporate development efforts rise and fall to the laws of the market of ‘eyeballs’. Actions precede embodied thought, and the waste of human energy a curse that passes unseen from the conscience that we admittedly summon in times of crises. In such a phenomenon, the language of ‘problems’ and ‘solutions’ seem framed in a truncated premise, that evades the real issues of the organisation as an open system.

I was recently sent a business quotation request, from one the world’s forerunners in automation, to bid for a process for a multi-year business plan ‘training’ opportunity. It was presumably for their captive Information Technology Systems teams. Automated all right, but, where’s the mind of the worker, I thought? Business plan and training?

In school, a transferred epithet, was a figure of speech. Today, the object of transfer is information of fleeting value. With mindless anxiety reduction, the narrative of the economic system is of market capital and the epithet is power through material acquisition. The workplace that keeps the worker awake for most hours in a day / night, no longer holds the perimeter of conscious living. Heartless procurement officers deal with nuts, bolts, paper, human resource and marketing agencies with the same temperament, to ‘standardise’ business process.

In another business interaction, the business leader wanted a leverage, that was too easy to imitate according to him. He showed the Board how he cut costs in several areas, including in HR processes like dealing with manpower suppliers. When it came to courage to take on development of his business teams’ ideas to a credible implementation, he tried a repeat of 'cost' reduction. Neither would the service provider (read consultant) relent for having facilitated the new insights for the business, nor would the business leader be able to proceed with the plans his teams creatively brought up. That plan died  too. No shoe fits all feet, especially the one on our own feet.

Here are some tell-tale signs of the system being out of synch with the genuine potential of the people who reside in it.
1.       At water-cooler or coffee-table conversations, co-workers talk more of the latest film, music or sports event. At times, it is about the gadgets that fit in palms. In seasons of corporate mood, it is about a new CEO, a new leader appointed or the gossip around an unexpected employee resignation. A new business idea or improvement on existing process will conveniently elude the aroma at the table.
2.       At business meetings, employees rationalize to the extent that previous meetings plans seemed archaic enough to justify new ones garnished by the latest social gossip or online access. Omission steals into routine as a commission of default natural consequence.
3.       Delays in decisions are propounded in the name of requisite (democratic) consultation. The decision itself is based on an idea that never came up as insight from the employees’ own efforts, but from the analysis or inference of an external consultant. Personal turf finds new encroachments if the threat of invasion is already not perceived. Neither clarity of the premises of the decision, nor of the reason to commit to the implications of the insight find room in the long-drawn consultation process.
4.       Famous eating and beverage hang-outs attract colleagues and ex-colleagues to new possibilities across the city. Not having found their Alma-mater cosy enough to nudge expression, they ask for double-shots in the caffeine as they conjure up pages of the Dumbledore in them.
5.       Bookstores across the city reorient their shelves, if not pull down their shutters altogether, for want of discerning clientele. Reading in long-form is considered a luxury. Linguistically decrepit emails, lifeless spread-sheets of data, and  E-learning via SMS replace the papyrus in the name of the environment.

Well, I could perhaps go on, to describe, the decadence of thought and the intellect in our civilisation. The ascent of colour and sound via the internet is not the object of my critique though. It is the pathos of the worker escaping the richness and wealth of his/her inner resourcefulness that makes the above a commentary of our times. The desultory rant of a moral brigade sounds strikingly similar to the pleas for innocence from the accused.

The defenceless and powerless gait of the disempowered and confused is not an accident in the corporation’s evolution. It is the cop-out of our times, that gets socialised ad nauseam, thanks to the information blitzkrieg on contemporary media. So what if an old leader returns. So what if a new leader arrives. The concept of the ‘leader’ as we knew it is also dead. Going undercover with television cameras to play the ‘hero’ leader is also passé. As Peter Senge puts it “Realizing desired results in a global society requires both learning and leadership, but above all it involves collective creating”.


Leadership is a new sport. It is a capacity distributed inimitably and to be understood differently in the effective enterprise. And old media has yet to learn the skills to ‘cover it’. For the current debate is as Gabriele Lakomski states it : Functionally adequate but causally idle: w(h)ither distributed leadership?

Posted by Joseph George A at 10:04 PM No comments: