CEOs state a problem too many

Often coachees meet their coach with reference to a ‘problem’ they have. When coachees are CEOs, the ‘problems’ tend to have a trend alright, only to be differentiated by their experiences, personalities and visions of who they think they are. The coach on the other hand looks for the invitation from the coachee, not in terms of the beliefs and values; but in terms of their clients’ inner discovery of themselves. Now, this invitation commences with a trigger akin to friendship.

The seasoned coach however will qualify such an invitation, for her process is not about ‘friendship’ but about respect for her capability to engage in deep developmental experiences.

In coaching, the bottomline is not personal, but about the levels of thinking that the relationship between coach and coachee can unfold in positive ways. Coaching is about systems, the personal, the group and the organisation, where the transforming person links it all in integrative ways. 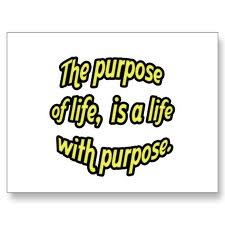 In my recent months, CEOs I’ve engaged with have come in various hues.  The coachee immaturely seals opportunities by misconceiving choices. The common challenge they represent for themselves is the distillation of self in the present from the self of past successes. They find it difficult to clarify the emergence they will need to embrace from the set learning patterns they are comfortable with. It is a slow unlearning for leaders who do not go within themselves.


What can stop them from doing so? Here are some reasons I can think of even as I am aware that some of these could grip the most unsuspecting amongst us, including yours' truly.

1.       Purpose Clarity : A lack of enthusiasm in inspiring themselves and others to the future with endearing focus
2.       Hesitant Initiative : A fear of staying the distance to implement aspects of stated focus
3.       Social Savvy : Not dealing with different people with forthright diplomacy
4.       Touchiness : Paradoxically, the CEO-self embattles images of personal glory with fragility.


Each of the above could command levels of specific detail. Expecting me to be more candid here will  border on casualness. Here, suffice it to say that CEOs demand compliance more often than they unleash contribution. Habitual acts lock the emotional brain so tight as to produce unproductive routines. The coach uses powerful questions that inspire novel thinking patterns. New productive habits then get anchored in the personal system of the coachee. Leadership is a choice, as is personal development. So is survival. If growth is not an option, the choices are in terms of how to proceed.

Imagine framing lack of operational efficiency in terms of non-compliant team-members for instance.   That could be a different problem than the one the CEO is stuck with.