Why was Alexander the Great not as great as we should consider as great? Where do real heroes of the world toil? 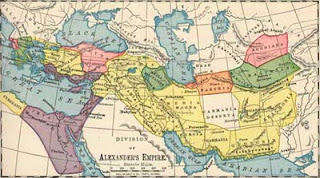 Are there more bosses than leaders with transformational prowess? Seldom have business fables captured responses to such questions as has Nine Days to Knowing by Iain Ewing. This book is about several layers of distillation and narration. Part autobiographical, part spirited in the giving dimension of a richly experienced life, and part an amalgamation of brain science, social norms and evolution of the human species, this book is not for the weak at heart. It surprisingly will not exclude the meek who comprehend the harsh brutalities of living life on our planet.

In the land of the Tundra, hunters evolve to become herders, who in turn may see some people getting herded themselves. “People who are herded do not spend time observing the behavior of the herd to which they belong.” Shamans in the cold deserts of the Tundra consciously step back to observe the hunters, the herders and the herded. At one level, such wisdom as Iain Ewing narrates is deeply spiritual. It reminds me of the work done by Rev. Richard Rohr, in his book “The Wild Man’s Journey” that explains the revelations and transitions sensed between the deep and the shallows of the masculine and feminine parts of ourselves. 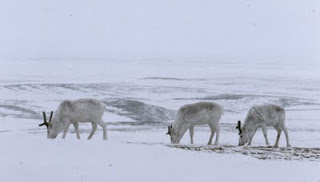 The fable is revealed through a 65 years old book-store owner when approached by a modern day set of youngsters from work life. It took about 9 days for him to reveal what he could about the relentless harshness in which the high-latitude desert bears life. What  that difficulty did to about 3 million caribou amidst predatory wolves is a compelling backdrop. In a year, this region could see about 250 cm of snow. Caribou move in herds to keep themselves alive from wolves. Their migratory path involves almost 3,000 km at times, one of the longest for four legged animals on the planet. And the lessons in the book are about the ways of the wolves. 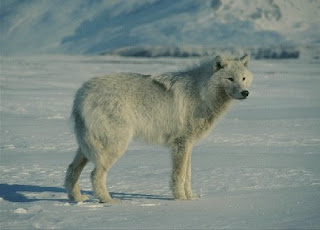 This book is also about the power of paradigms. Paradigms can govern our thinking as much as it can conceive of possibilities and patterns. The paradigm of this narrative is about the parallels in wolf packs that resemble human conduct in organizations. Social order is controlled not only by Alphas (male or female); it is also routinized by Betas and Omegas.  And while that may be in caribou worlds as in wolf packs, behaviors of escape and hunting differ. A caribou will keep a constant distance from other herd members and turn when neighbors turn; a wolf will not keep constant distance but vary it with the closest wolf; and turn when the prey itself turns. A company of humans is more like a wolf pack, watching what the Alpha does and what the Senior Betas do. And while such sits easily between imaginations, general awareness from popular nature channels on television; what separates that from this book is involved interpretation. 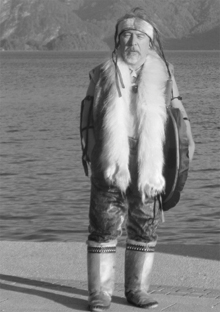 The book-shop owner is a figurative shaman, of the good variety; for in life evil shamans exist too. The interpretation distilled from keen observation tracks human evolution too. While our brains defense systems triggers either a fight or flight response in default mode, it also gives us the competitive advantage through nutrition and advances in medical sciences to discern phases in life-span. The new paradigm is about thriving in 6 phases – childhood, adolescence, odyssey, adulthood, active retirement and old age. The associations between time-based biological evolution and roles in corporate hierarchy are strongly brought out, although contemporary technologies may allow for social roles to flip once in a while between age-groups in counter-intuitive ways. Generally, however, the rules of occupying leadership and followership roles in an organization seem to draw on wisdom from the ages. There seems to be an order of nature there that the narrative seeks to share as a mark of respect for life’s harsh conditions for survival and growth. “I don’t think powerful Alphas can be powerful shamans and that powerful shamans can be powerful Alphas”. But they need each other.
“Being kind is not a sign of weakness; it is a sign of strength”. The relationship between the means and the end is an interesting concept. Iain also provides his version of what paradigms do as contrasted with analogies. The relationship between personal transformation, observation of shamans and one’s shadow self is a struggle in intensity as the fable unfolds. Selective episodes of being a son oneself in regions close to the tundra and being a father rearing one’s own son between China, India, Indonesia and Thailand – all indicate personal transformation worthy of sharing. With tips on how to approach life at each stage, and making allowances for each stage of life to enter our conscious psyches this is an alternate reading written lucidly and convincingly for those in the modern day wolf-pack – the organization. The sharp integration from the I Ching, the Milarepa, Vyasa’s Bhagvad Gita and Lao Tzu’s Art of War are only a faint depiction of a distilled wisdom in this book – of how we can make learning simpler. Do not merely aggregate learning – integrate the lessons in life to convey it in a compellingly simple way. It took 9 days for the book shop owner to entertain the contemporary corporate employee through personalized knowing in this book. 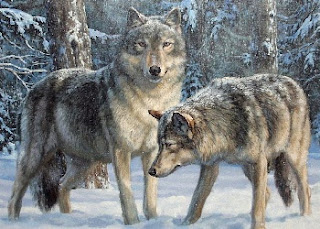 Else, this book is an easy, quick read of timeless heritage. It is also the mark of a living son's odyssey in wrestling with one’s shadow side trusting in the knowing that Alphas need endearing company. The author's son Tejas makes for a minimalist in the sketches he provides for a figurative symbolism through visuals - also including the notion that Alphas need to know when to retire and how to keep friends for Old Age. One of the benefits of reading this book is surely, watching out for one’s future NOW.
Posted by Unknown at 4:11 PM