I have noted of late a few disquieting trends. It reminds me often of the debate between being pessimistic and realistic. Am also reminded of anchors that may make me revel in thoughts other than the optimistic. However, denying a reality is no better than self-adulation and fantasy. Let us say my inspiration for this blog arises from the gritty bureaucrat who appeared on television at an event that sported anti-corruption crusaders. I record a few citations that make for my observations as below.
1.   The Indian bureaucrat working within constraints: He mentioned that in the space of a year, he was witness to an average of 4 transfers per official. He thought that was the limit to his powers, and the porosity of the social system. Stoking the appeal for a Team India, he talked of an SMS (Short Messaging service) based initiative that Indian citizens could use to upload evidence of wrongdoing via GPRS enabled software. Spoken as Vijay, and spelt as VIGEYE, the spirit of the man was not lost on me (http://182.18.181.234/vigeye/).

The reason was that he referred to the Constitution of India as he mentioned the ‘individual’ and ‘collective’ responsibilities of the citizen towards the state. What an amazing sub-conscious to refer I thought to myself. The Article 51 on the Fundamental Duties of the Indian citizen states in section ‘j’ as follows “to strive towards excellence in all spheres of individual and collective activity so that the nation constantly rises to higher levels of endeavor and achievement”. It has been no accident I thought to myself, that the civic society acts as a system too.
2.  Morality and Fate : I know of a group of 8 interested souls working on the contours of a proposal for Economic Development that will be a viable alternative to irresponsible capitalism. One among the 8, namely Shankar Jagannathan (http://www.corporatedisclosures.com/index.htm) shared a provocative and hard-hitting link with me. A telling web-site name http://www.commondreams.org/view/2011/05/22-4 was not where the sharing stopped stirring me. Rebecca Solnit has a writing style, that is imperial and majestic in its sweep, and yet, liberating and pulsating in its effect. She assumes that the acts of Dominique Strauss-Kahn are a fait accompli. 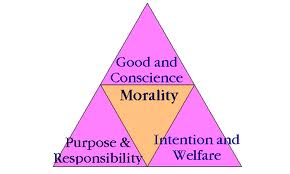 That apart, every argument she weaves is a testimony of our numb sensibilities. She writes “In one of the more remarkable apologies of our era, Bill Clinton -- who had his own sex scandal once upon a time -- told the United Nations on World Food Day in October 2008, as the global economy was melting down: “We need the World Bank, the IMF, all the big foundations, and all the governments to admit that, for 30 years, we all blew it, including me when I was President. We were wrong to believe that food was like some other product in international trade, and we all have to go back to a more responsible and sustainable form of agriculture.”  Clinton’s outpourings here are more intense than his public reputation and sadly it is less heard too.
3.  Going Nowhere - Fast :   The famous Development Dimensions International (DDI), founded by Bill Byham and Douglas Bray, were at it again in their forecast for 2011 (http://bit.ly/jsD55q ).  The opening lines of this year's post is very telling indeed of the signs of our times. “After six iterations of examining the state of leadership worldwide via our Global Leadership Forecast, you’d think nothing would surprise us. You’d be wrong. Here is a look at some of the findings. BUSINESS IS CHANGING… LEADERSHIP IS NOT If there’s one phrase that comes to mind when thinking about this year’s data, it’s “We are going nowhere. Fast.”  It is only recently that we knew of Lawler and Worley through their book Management Reset http://indiatimes.uread.com/book/management-reset-christopher-g-worley/9780470637982 . Within DDI’s report is a work of collaboration with Gary Hamel that reveals group dynamics at the top of the corporate hierarchy - it badly needs a relook.  You may like to add Rajeev Peshawaria's RED framework http://rajeevpeshawaria.com/book to your list of why there are more bosses than leaders today. 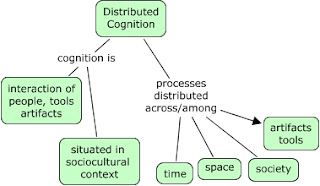 4.   Social Cognition is distributed Capacity :   The anchor that most strongly resonated with me was that of a bold theoretical proposition by Gabrielle Lakomski, when I met her at the University of Melbourne in January 2005. (http://bit.ly/mPknsd ). What she mentioned in that book on Managing without Leadership was a culmination of social cognition, tacit knowledge management and indeed general management theory itself. Today, we see more and more after the Great Reset, that the behavioral response of leadership has been one of buckling under pressure than being additive or creative about situations. (http://bit.ly/ioEpLR ). e.g. At CISCO John Chambers regresses away from council based structures, it is reported; even as fundamental questions about the management model of modern day enterprise rage on unanswered in the world. Lakomski was far ahead of our times, it would appear.
Facilitating the leadership space that holds answers to the link between the individual and the collective is but an obvious responsibility. The economy, the society and the realm of the subjective moral self seem to be coming home to roost faster than leadership and their facilitators are ready for. Perhaps, philosophical questions seem remote to the urgency of the situation. The importance of the issue is ignored at our peril in these essentially ‘developmental’ phases of our lives.
Posted by Unknown at 2:36 AM